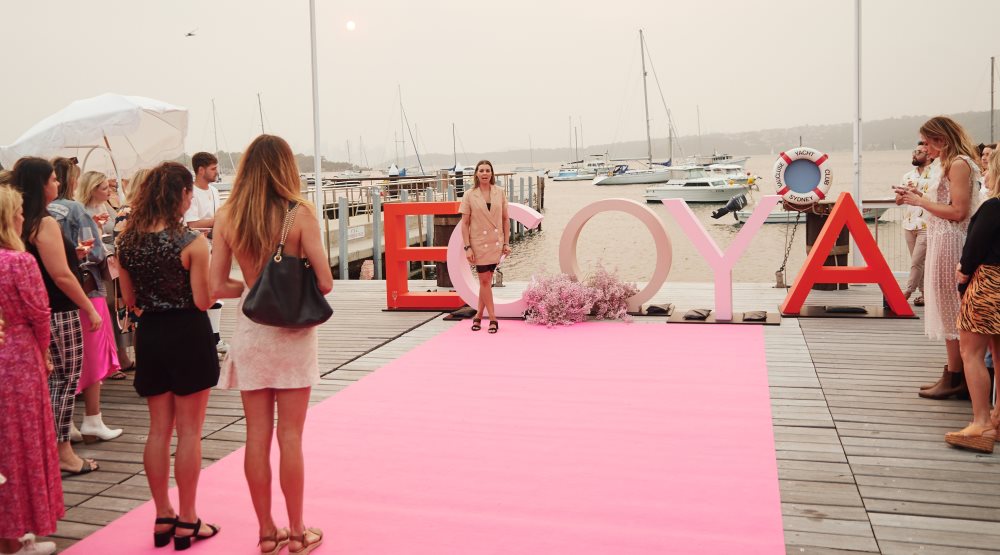 Ecoya celebrated the launch of its antipodean influenced Christmas Collection with a stunning cocktail party.

Media and influencers gathered at Vaucluse Yacht Club where they sipped on champagne and frosé and dined on the freshest seafood while overlooking the water.

Ecoya general manager Claire Barnes, who flew in from New Zealand for the event, gave a speech and acknowledged the bushfires happening in Australia at that time and offered her condolences to those affected.

She continued with a brand overview, saying it had been a successful year for Ecoya.

“ We’ve had a great year with some amazing launches, like the car diffuser, and we’ve worked with some fantastic partners in a way we’ve never done so before,” she said.

Claire, who is currently on maternity leave, said Christmas was her favourite time of year.

“What’s special about our brand is being able to give something to someone special,” she said.

“There’s something much more rewarding about giving rather than taking.”

Claire said gifting a candle to someone special was about “memories and moments and sharing of times together”.

Following her speech, guests continued to drink, dine and dance before heading off with a goodie bag.

More images from the event below.